The island – famously known as one of Europe’s best places for bird spotting – has now become one of the most windblown and picturesque backdrops for European street art.

With 213 inhabitants on 6.15 km2 the island ranks as Norway's smallest municipality. During one week of intense work with street art in surprisingly fresh air and beautiful scenery, the artist from UK, Spain and Norway experienced the enthusiasm and helpfulness in this small and close-knit community.

The people of Utsira willingly donated house walls, barn doors, siloes and rocks in the fields, and as they got covered in art visitors and islanders were biking back and forth on the narrow roads to take in the astonishing contrasts between urban street art and untouched landscape.
The islands history and strong identity inspired the artists. People have lived on this island since the stoneage, and perhaps the most spectacular sight – the two windmills – is painted with twenty-six meter tall figures from Norse mythology: Frigg and Frøya, both in Stiks unique interpretation. ATM painted his beautiful and endangered Golden Plover bird on a large rock in the middle of grazing sheep and real-life exotic birds. PichiAvo made a tribute to Norway’s first woman to be elected mayor on Utsira (in 1926) with a stunning six meter tall portrait of her on a water-tank overlooking the sea. JPS has mounted his trademark fantasy figure stencils with hidden, humorous and surprising messages the most likely and unlikely places, and 3fountains spreads love all around the island – even leaving a big red heart on the present mayors wall. The only Norwegian artist in the event, LASTAA, has among others transformed huge siloes to boxes with lobster soup (Utsira has long traditions of lobster fishing), inspired by Andy Warhole’s iconic boxes.

The initiative to this event came from one British street artist who wanted to visit Norway, one street art enthusiast with what might be Norway’s largest instagram account (toris64) dedicated to street art, his girlfriend who knew this unique island and their number one organizer. Several sponsors and volunteers both on and off the island made it possible, and the welcoming islanders hopes that street art spotters will share their treasure in the future. 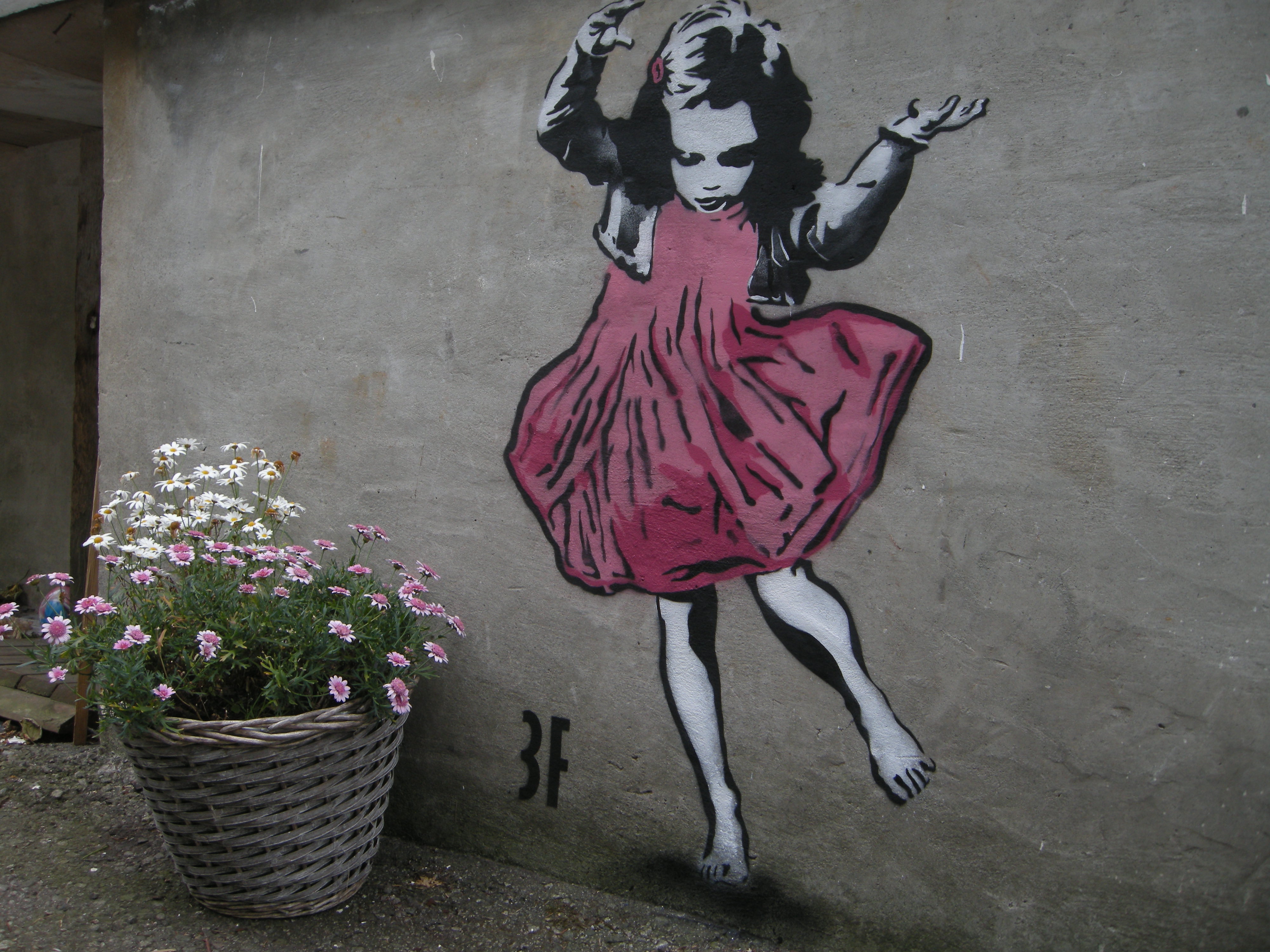 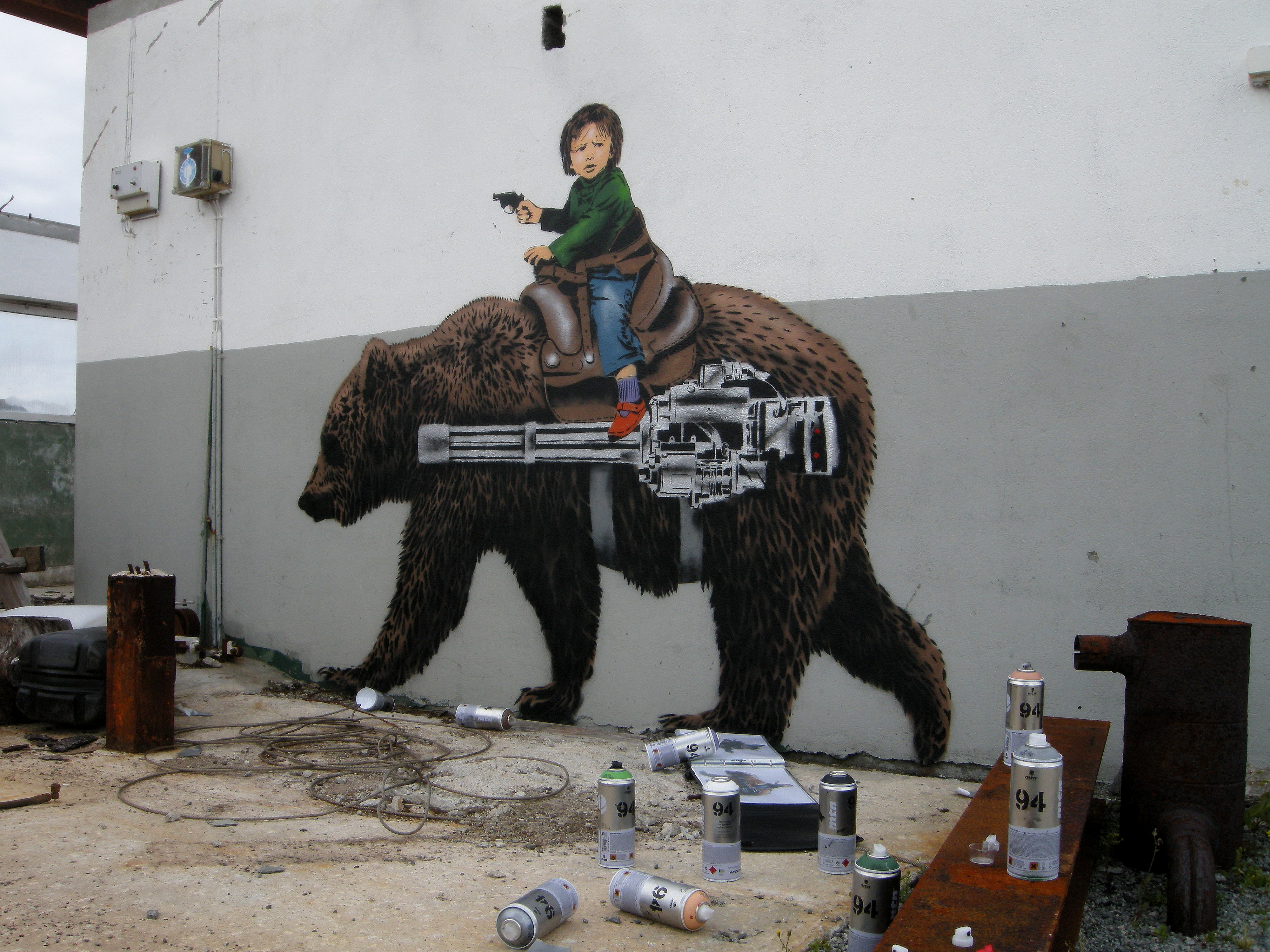 JPS
Street Art Map
Visit JPSs Gallery in the old school, Hovlandsvegen 36. Marked with a gun in the map.

Presentation of the Artists - in norwegian